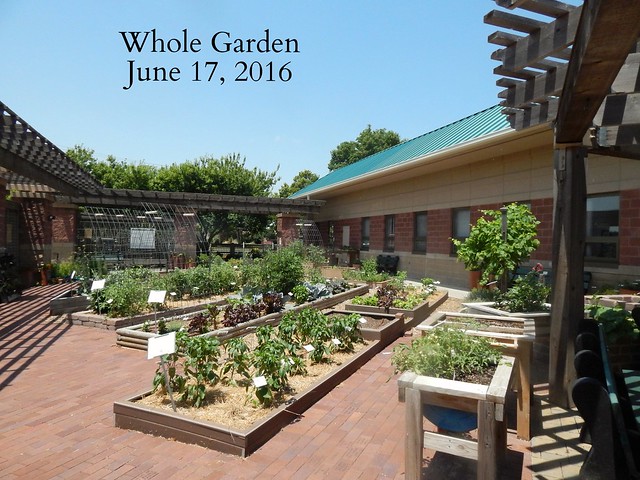 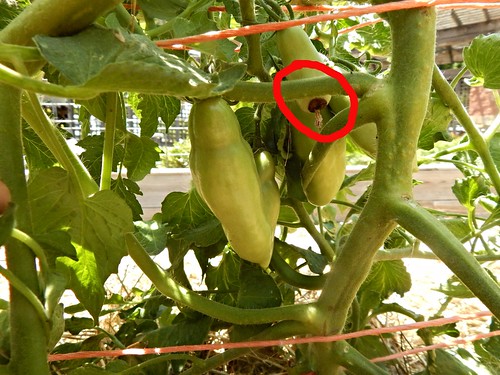 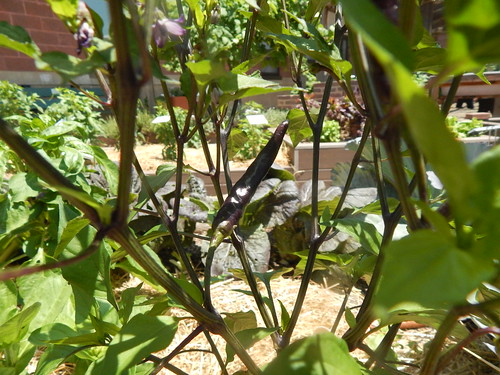 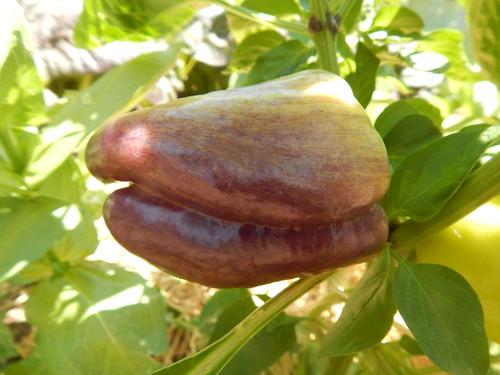 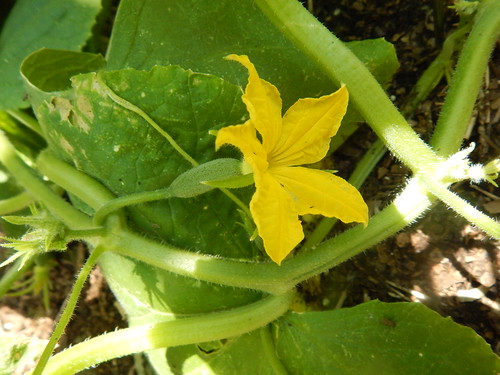 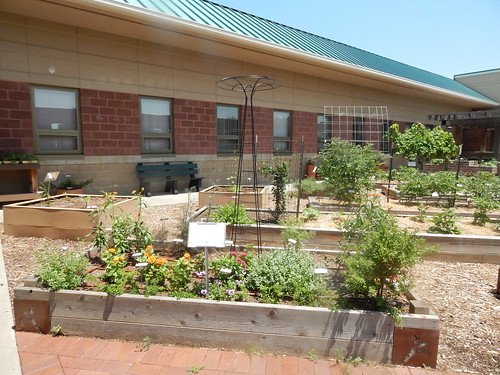 With a week of warm temperatures and no rain, everything is growing quickly. The end of the spring crops is almost here and the summer veggies are starting to set fruit! 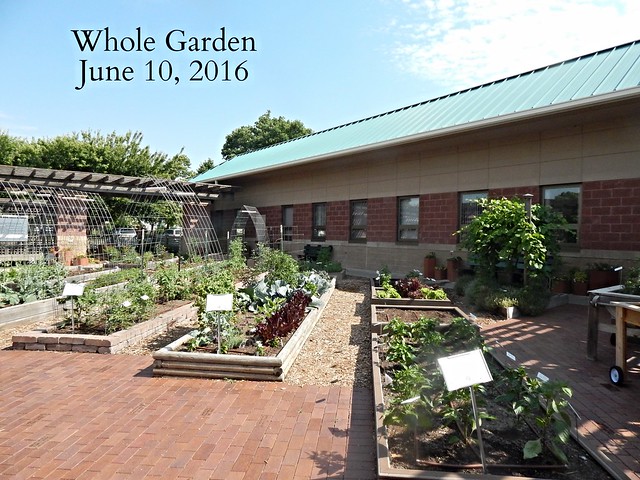 It’s hard to see from this overview photo, but I know that in a few weeks the tomatoes are going to be most of the way up the trellises and the garden will look completely different yet again. We did remove one of the quilt block lettuce gardens, since the lettuce was bolting. The other is holding on for a little longer. 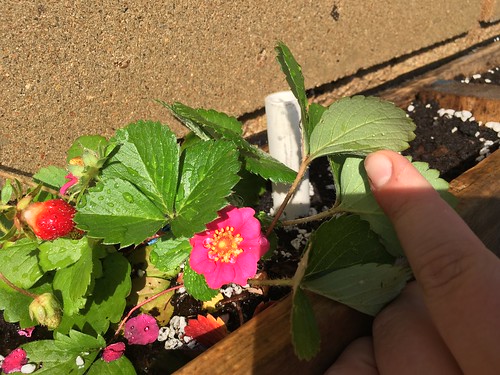 The ‘Rainbow Treasure’ strawberry on top of the pallet is blooming a bit and fruiting. The plant is still very small, but the colors are great. 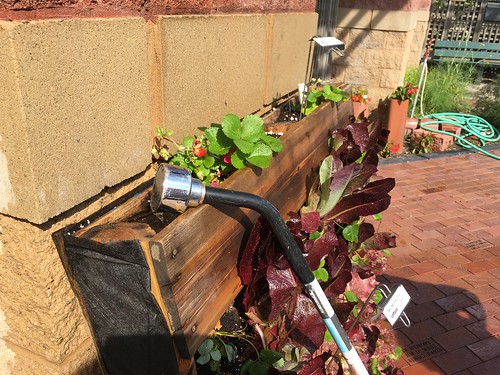 Let’s just say that watering the pallet garden is every bit as challenging as I expected it would be. We have the PVC tubes, but they don’t get the edges watered. We ended up putting the watering wand on the upper corner at a slow trickle to soak in. Still not ideal. 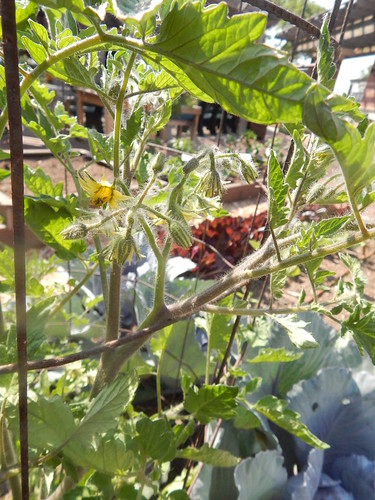 I keep trying and trying to capture a picture of the ‘Black Beauty’ tomato plant, because the stems have a purple cast to them that is striking and in contrast to the other plants. But with the sunlight, I can’t get it to show up the same way in a picture. You’ll have to come see it! As you can see, this plant (and most of the other tomatoes) are starting to bloom and set fruit. 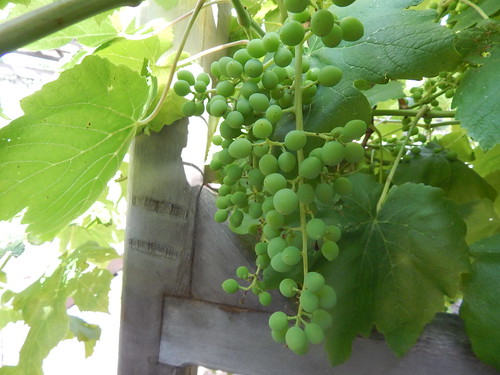 Our ‘Himrod’ grapevine is starting to fill out the fruit. It has quite few bunches this year, despite the vines not being overly large last year. Hopefully we don’t have any major insect or disease issues before harvest. 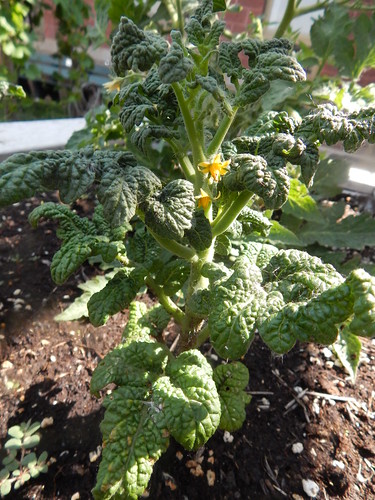 This is the ‘Patio Plum’ toamto plant. It is maybe 8 inches tall, but showing tiny flowers. I keep wanting to think there is something wrong with it, but it seems perfectly healthy. Just super tiny! 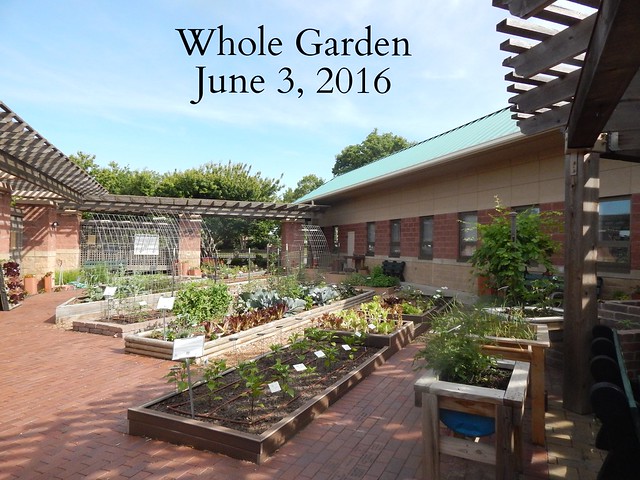 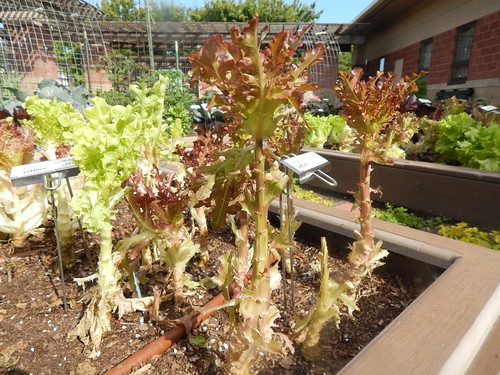 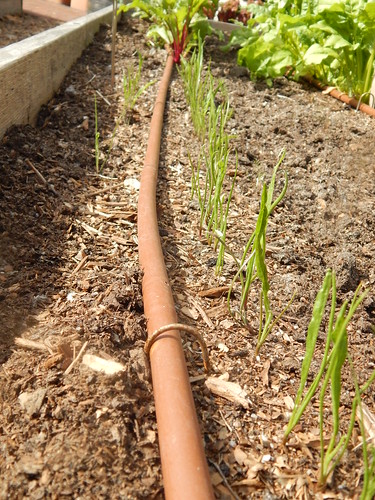 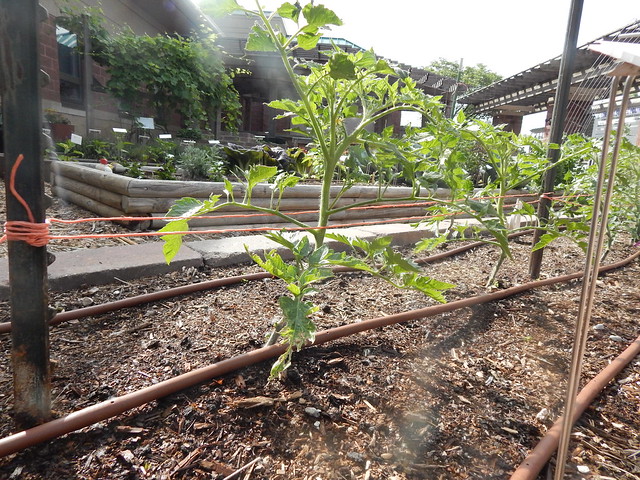 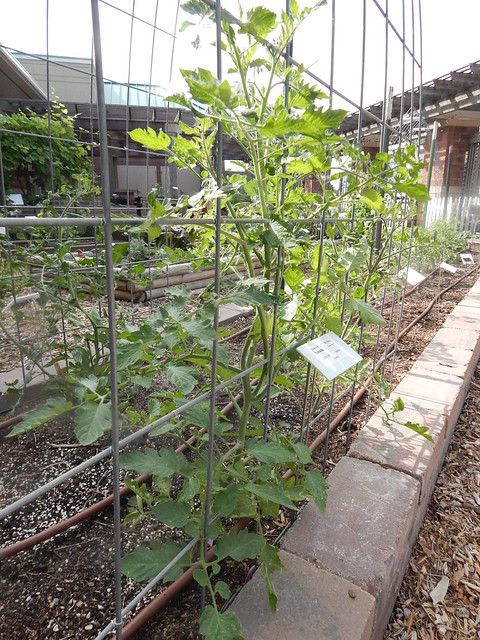 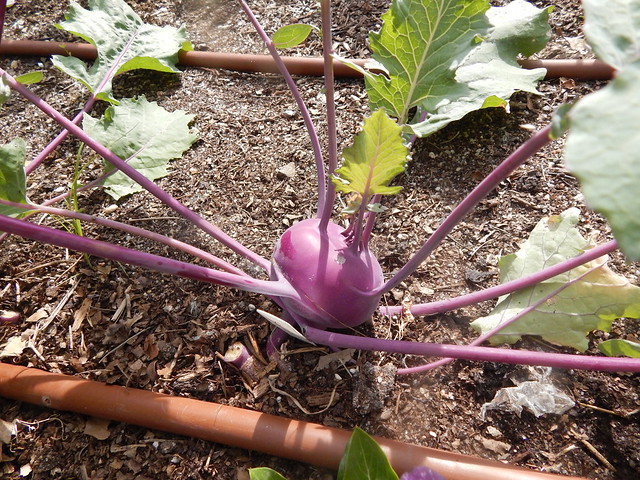 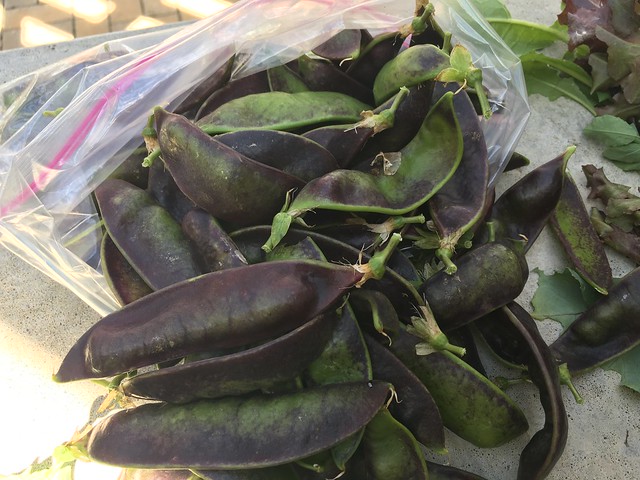