Oriental Garden: What Did Well, What Did Not

I am already starting to switch gears into thinking about ideas for next year’s garden, but I wanted to wrap up a few thoughts on the vegetables we had in our Oriental Garden this year. We had a wide range of things, and some of them (literally) overshadowed the others.

The okra started off to an inauspicious start with poorer germination that I would have wished for, but the plants grew so well that we didn’t want more of them. They were relatively naturally bushy and had a good yield. The variety was touted as being non-fibrous at larger sizes and this seemed to be the case.

Round Purple and Choryoku Eggplants

The long, Asian varieties of eggplant seem to always yield well, and this variety was no exception. The skin was tender and the flavor good. 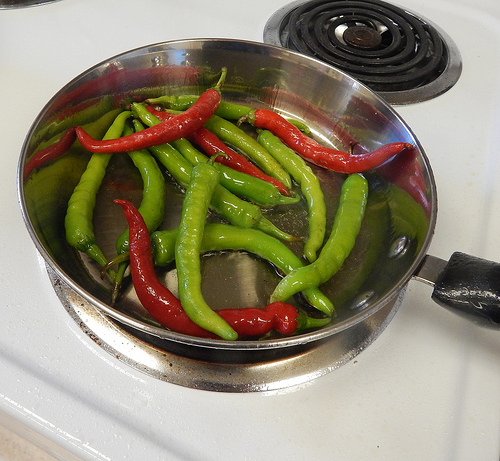 These plants were productive for the whole summer and into the fall. Once we actually got around to trying out the sauteing recipe that is traditional, we all regretted not using them more all year long!

This eggplant was good and relatively productive, but it got overgrown by the nearby okra, so it wasn’t as productive as it otherwise might have been. 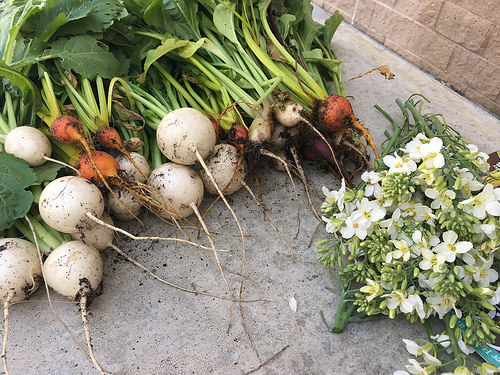 This salad turnip was a solid performer in the spring planting.

Oriental cucumbers typically have good flavor and productivity. This variety was good in the early part of the season, but the plants didn’t last very long. It’s hard to say if that was due to competition with the other vines or a varietal characteristic.

This new mizuna variety had purple veins and stems. It did what it was supposed to, but what put it above others is how long it lasted into the summer before bolting.

These mustards have been around for awhile and we’ve grown them before. They did what they were expected to do, although they bolted a bit earlier than I would have preferred.

Worth Another Try, Sometime

The seeds failed to germinate, which may be a fault of the seed source, not the variety. 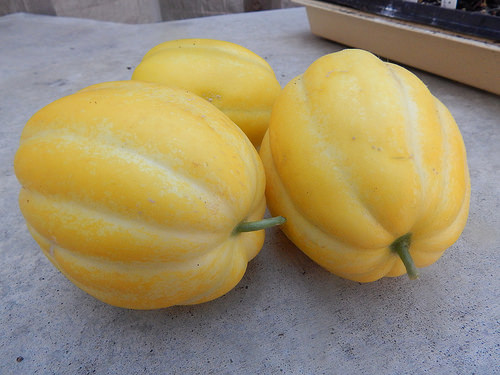 As with any other Asian melon we have tried, they are very different from what Americans expect of a melon. The plants were fairly productive, although we did have some cracking of the fruit. The flavor of the melons was not as good as some other Asian melons I’ve tried.

The hardest thing with a Chinese broccoli is harvesting it fast enough to have good quality and yield. I would have to try some other varieties side by side with this one to judge well, but it seemed like these bolted very fast.

We’ve grown long beans in the past that have been highly productive, so these were a disappointment. We had hardly any harvest, compared to past experiences.

This celery is more of an herb than the big stalks we are used to. It never got very big, but it also didn’t die or bolt like I thought it would. If I’m honest, I kind of ignored it. It would be worth trying again sometime.

We struggled with germination, then the plants just sat there for the longest time. Eventually a couple did grow (after we had given up and planted the long beans in the same spot). We had a handful of beans to pick, but that was it.

The luffa vine took over everything, but either it was such long days to maturity or it was day length sensitive, because it didn’t bloom until late September/early October. It did set a few fruit, which would have been fine for fresh eating. (Yes, you can eat fresh luffa gourd like zucchini.) However, it had no chance of reaching sponge stage.