We seem to be in a bit of a late summer lull in the Demo Garden. We have a few things going for fall, the tomatoes are looking worse every week, and the squash aren’t quite ready to harvest. 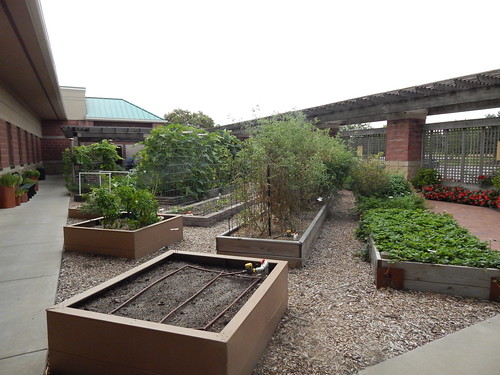 As you can see, the tomatoes continue to look more grey or brown than green, even though the tops of the plants are a little bit crazy. The beans we planted a couple weeks ago are up, but the spider mites seem to have attacked immediately. Luckily it is a bit cooler, keeping the mites slowed down somewhat. 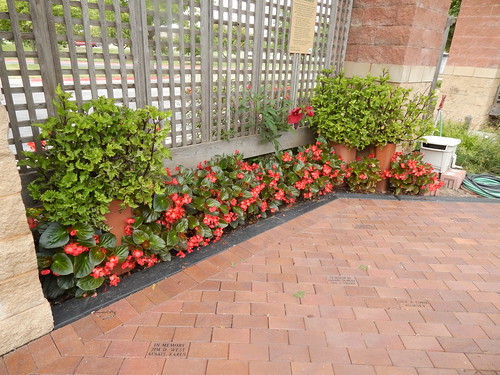 For the third year in a row, the begonias and coleus planted in this section of the garden look amazing! I’ll be honest that I don’t love begonias, but they are stunning in this spot. 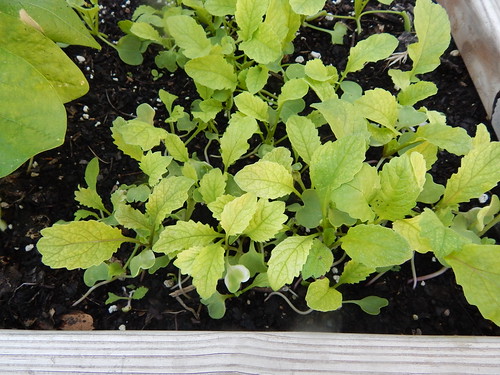 In this wheelchair barrel planter, we had potatoes in the spring that did extremely well. Since then, we tried planting beans but they didn’t grow well. It seemed silly to think of a nutrient deficiency when the potatoes did so well. But then we planted radishes, and it was clear two weeks ago (above) that the leaves were pale yellow and stunted. Below you can see the improvement. 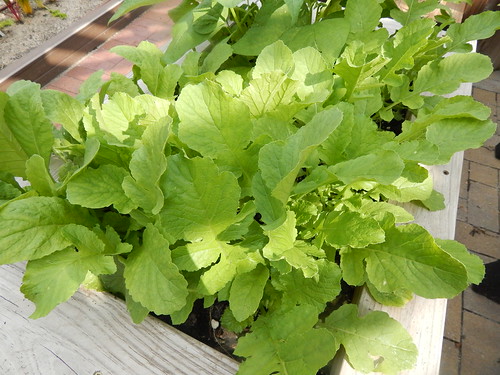 We fertilized and although there is still a bit of chlorosis (yellowing) they have grown well. We often forget with vegetable gardens that when we harvest a crop we are taking all of the nutrients from those vegetables out of the soil and consuming them. Just because a spot produced well last year or in the spring doesn’t mean that it won’t need additional fertilizer or compost before planting another crop. Maintaining and building our soil is a continual process! 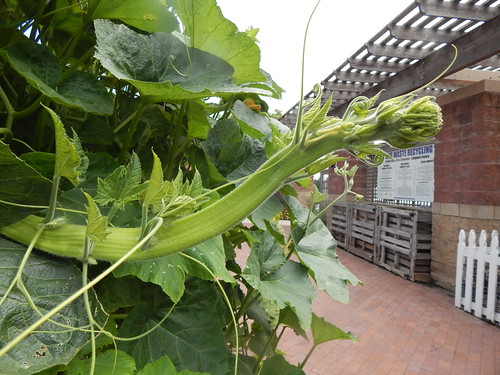 This is something cool that you don’t see every day! This is one of the vines of the ‘Tromboncino’ squash. One of the neat things is that the seeds were planted at the other end of the bed and this plant has climbed all the way to the opposite corner of the bed. The other neat thing is that the vine has gone from round to flattened. This is a phenomenon called “fasciation.” A mutation happened at some point during growth and that mutation continued to manifest in all future growth on this vine. It doesn’t hurt anything, but it is a bit bizarre. 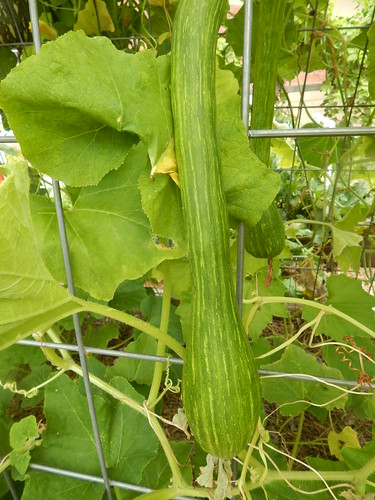 This is also the ‘Tromboncino,’ but these squash are a much darker green color than the others have been. I don’t know if this is a different vine (genetic variation of the seeds), if this is related to the mutation causing the fasciation shown above, or if this is a different mutation. The vines are such a jumble that I don’t think it is possible to sort out at this point. Anyway, it’s interested to all of a sudden have different colored squash! 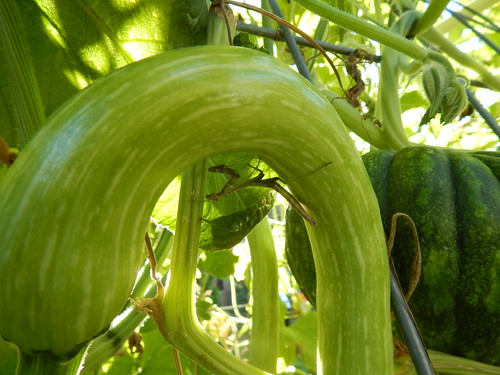 I also caught this praying mantis hanging out on one of the squash last week. They can eat many insects, including grasshoppers, but I wonder if this one has been feasting on squash bugs?