The garden feels like it is still in it’s early summer stages, even though it is now the beginning of July. We’re picking beans and some greens, but not much else yet. 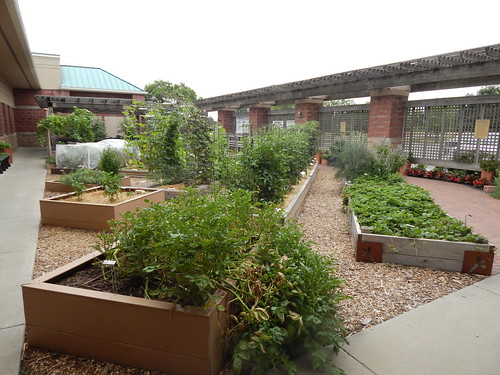 The poor potatoes keep falling further over, but they are still pretty green. Most everything else is growing well, although we certainly haven’t reached the jungle-like stage yet. 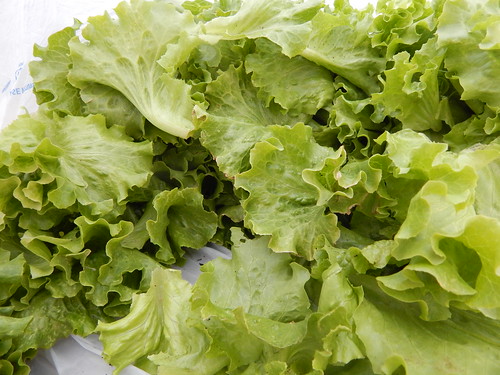 The ‘Muir’ lettuce is the winner so far this year. All the other lettuces have been removed for the summer, but this one is still looking good and really hasn’t gotten too bitter yet. It has a bit of strong flavor to it, but not so strong that it is distasteful. 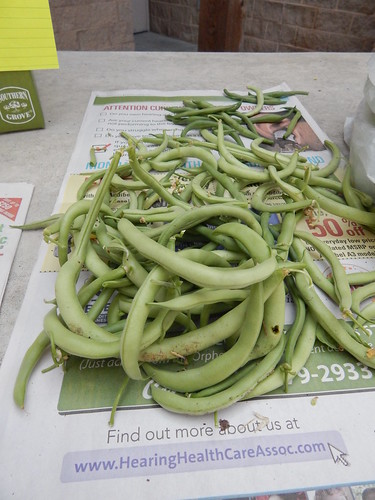 In the bean bed, the best yield so far has come from ‘Contender’ which is one of the old school varieties. It is also the shortest day to maturity variety. We’ll have to see if the other varieties catch up. The ‘Blue Lake Pole’ beans are doing pretty much nothing, while the ‘Carminat’ pole beans are setting a few beans. 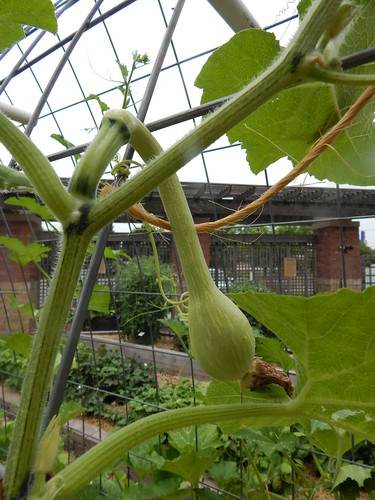 We have a squash! This is one of the ‘Tromboncino’ squash, which is primarily eaten at the immature stage as a zucchini. It is growing on one of our trellises, and the plant is still looking pretty good with no signs of insects. 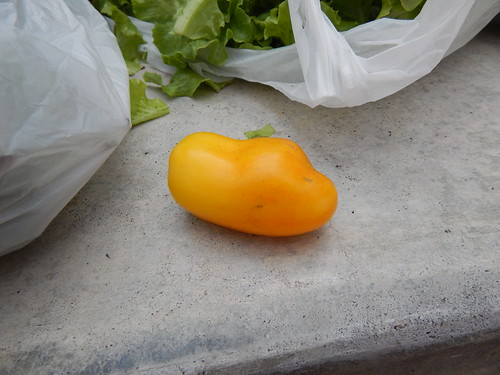 It’s the first tomato of the year! This is one of the ‘Italian Gold’ roma tomatoes. Not sure what’s going on with the weird shape of it, but hey, it’s a tomato. It even appears to have beaten out the cherry tomatoes for earliness! Most of the other plants have some nice sized fruit, but they aren’t all that close to ripening. 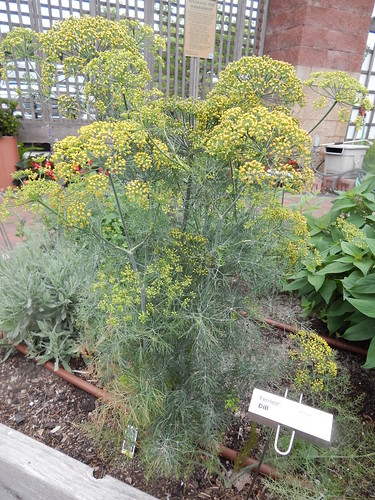 This ‘Fernleaf’ Dill is looking great with some nice clusters of flowers. If we had any cucumbers in the garden, we’d be ready to make dill pickles. But…no cucumbers this year! I suppose we could make dilly green beans if we were so inclined.

Have a great 4th of July weekend!