We’ve had two work days over the last two weeks and one hailstorm. Most of the cleanup involved removing a few remaining dead plants, raking up the remaining straw from last year, and collecting leaves that had blown in and taken up residence on the paths. We also planted potatoes, strawberries, cut back herbs, dug horseradish, and worked in all the compost we had stored in the shed from last year. 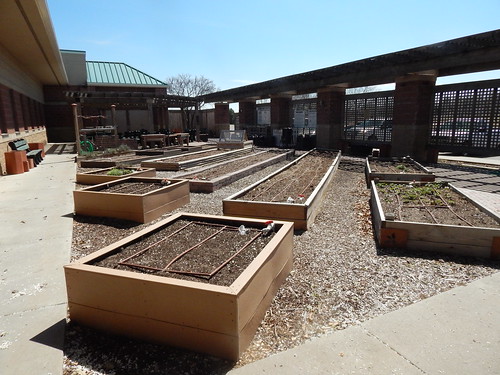 The garden is all spic and span and ready to grow! 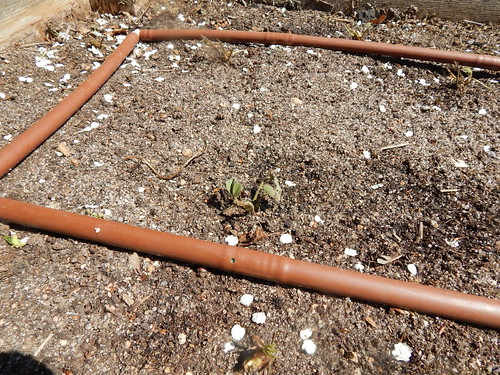 On one hand, I was a little disappointed in how weak a lot of the strawberry plants were coming through the winter. The ‘Ozark Beauty’ were very thin and weak. The ‘Ogallala’ were better, and they were stronger last fall too, since they had sent runners down to the path that had taken root. I ordered more ‘Mara des Bois’ for the section of the bed that ended up being planted to peanuts last year, and we ended up pulling many of the wimpy ‘Ozark Beauty’ plants and replanting with the ‘Mara des Bois.’ The picture is of a couple of the newly planted bareroot plants that are just starting to peek out leaves. 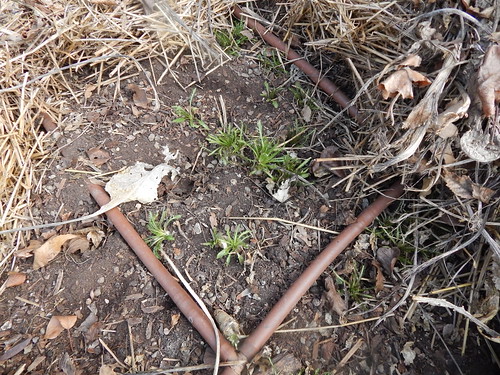 One thing that was definitely not any worse after the winter was the horseradish. Not that it was surprising, because horseradish is one of those plants that is harder to kill than it is to keep alive. We dug out some nice big roots, and the plan is to use this bed for peppers this year instead. Those of you that have grown horseradish can now start laughing at the people who will be busy trying to keep the horseradish from re-colonizing this bed. 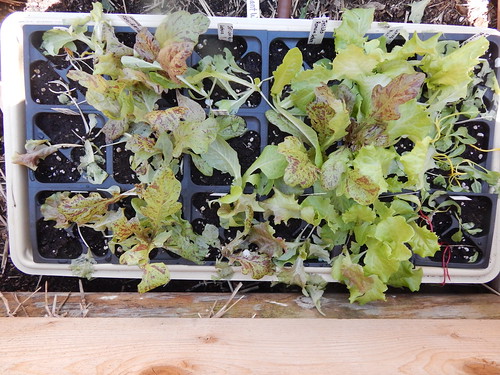 So I had the lettuce, chard, and kale outside hardening off on Wednesday. And I left it out overnight because I figured that 35 degrees wouldn’t hurt it and would be good for it. And then it hailed. It was in the cold frame, but not under the covered part. Oops. Luckily, the majority of the lettuce looks none the worse for wear. The chard looks the worst, because it has spindly, unprotected stems at this stage and not many protective leaves. Most of it will probably be okay, but it is a bit of a setback. 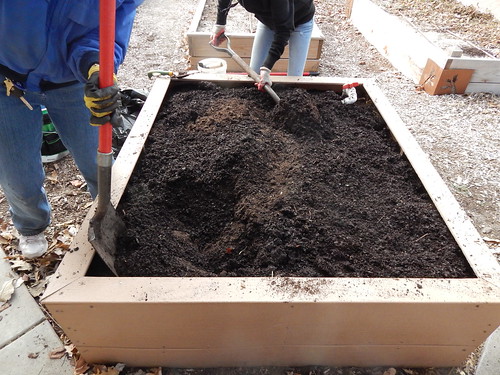 Look at that yummy compost! We are lucky to have our Master Gardener compost committee working hard all year round to provide us with great compost! We topped off several of our beds with compost last week. This bed was pretty low, so it will be nice and rich with that compost this year.