← Watch for Diseases in Your Garden
Friday PhotoEssay →

Earlier in the week I was just getting ready to write a post complaining a little bit about the short lull in garden activity at this time of year (meaning no planting or harvesting to speak of, just lots of weeding and watering). And then it hailed. Which didn’t seem to bother the Demo Garden very much, but I did have to go prune up some damaged tomato plants and re-stake a peach tree. No more thinking about complaining! 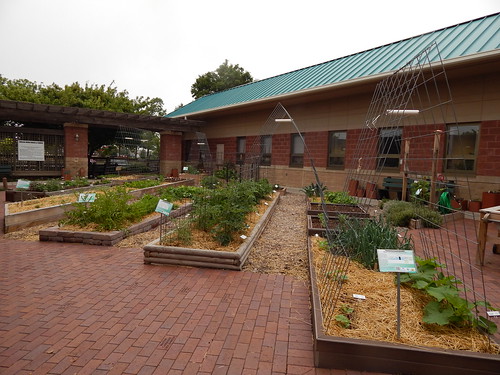 I like this vista of the garden more and more this year. I guess it just shows different beds close up. Maybe I’ll have to alternate weeks on the two views. As you can see, the straw has settled and the plants just keep on growing! 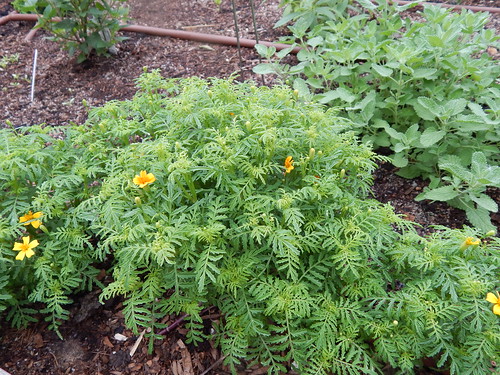 We’ve had Citrus Marigolds in the garden several times recently, and they have never looked as good as they do this year! I can’t wait until they are covered with flowers. 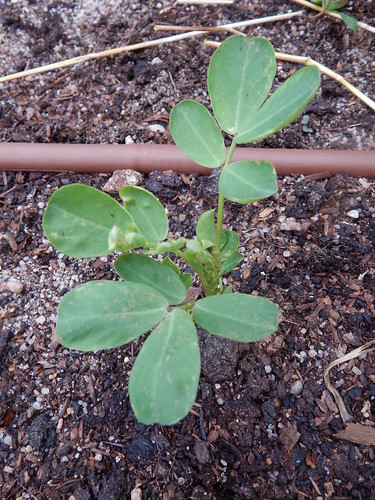 The peanuts came up quickly after planting last week. They were just peaking out of the soil on Tuesday, and they had a few leaves on them by this morning. We have so many neat things in the garden this year! 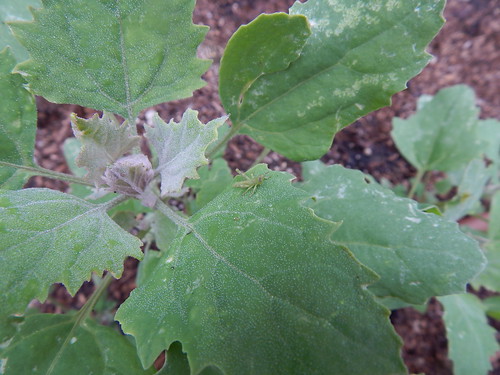 Yes, this looks like lambsquarter. But it isn’t. It is the Quinoa. Quinoa is in the same family as lambsquarter, so it understandably looks very similar. I know it is confusing people when they visit the garden. I’m tempted to put up a sign that says something like, “No, this isn’t a weed. It is Quinoa. It just looks like a weed.” And did you notice the tiny green grasshopper on the leaf? This is the size grasshopper that is easy to kill with pesticides, not the big crunchy kind. 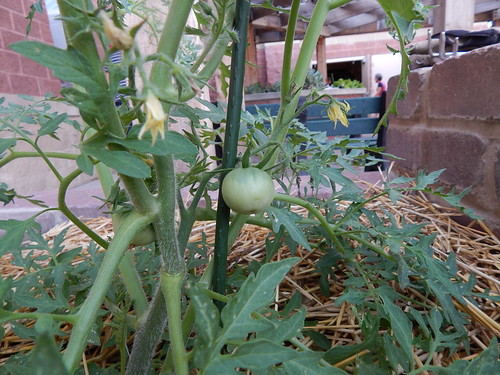 We have tomatoes! This is the ‘Silvery Fir Tree’ plant in the accessible raised bed. It has two nice looking tomatoes on it and the plant as a whole looks great. I’m so glad we decided to try this one. It is supposed to be 54 days to maturity, and that would be June 29th. It’s going to make a run for it, although I suspect that these will be ready closer to July 4th. Still, that’s not bad, especially considering the cold snap we had in May. The ‘Northern Lights’ plants, also purported to be 54 days, do not have fruit set, that I could see, so they won’t be living up to the “early” reputation at least. 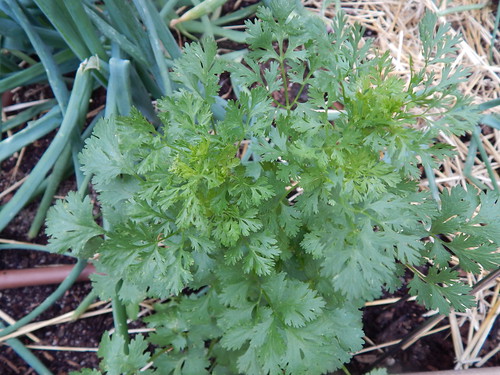 It is getting to be the time of year when most of the cool season plants either bolt (flower and go to seed) or go dormant. If you look closely at our cilantro, you can see that the leaves are looking more fern-like and there is the start of a flower in the middle.

← Watch for Diseases in Your Garden
Friday PhotoEssay →