Our Bean trial garden has finished up the first planting as of a couple weeks ago and we are now on to the second planting. I wanted to take the opportunity to give you a few thoughts on how the varieties performed from the spring planting. We planted different varieties earlier this week for the fall season.

Our beans got off to a bit of a rough start this spring with cool, wet soils. We think we had some seed corn maggot in the soil causing problems. The beans finally took off when it got warmer and did quite well. 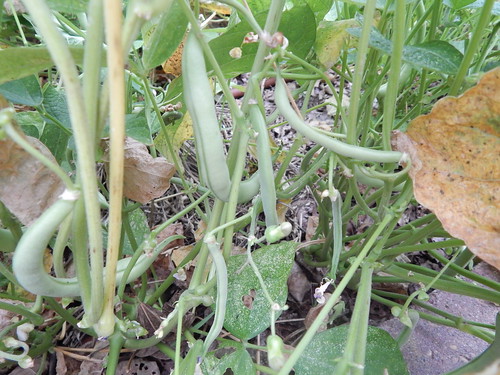 This is an old variety that has been around since 1949. The beans aren’t always the most beautiful shaped, but this was by far the earliest producing and highest yielding of all the varieties we planted this spring. Sometimes the oldies are the goodies! 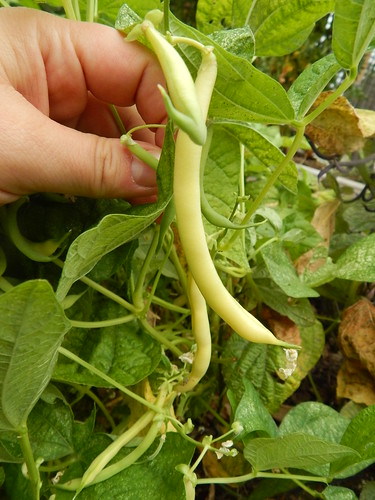 Another older variety, I would consider the yield was acceptable, but not spectacular. In fact, I’ve seen us have higher yields on this variety before. That said, there may be other yellow varieties, like ‘Rocdor,’ that perform better. 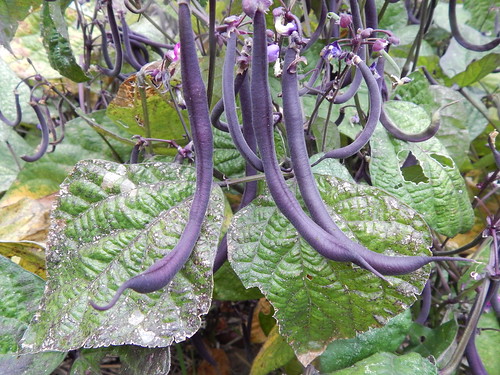 This is a relatively new filet bean variety. I’ve decided after this year that I like the idea of filet beans (meaning the pods are more slender and theoretically more tender), but I don’t like the reality of them. There were times when this variety was loaded with beans, as you can see in the picture above, but the yield felt paltry because of the petite size of the beans. However, if that doesn’t bother you, I think the yield for this variety was quite good.

A note though – purple beans will turn green when you cook them. My family always planted purple beans rather than green beans because my dad liked the flavor better. Whether that is true or not it’s hard to say. You’ll have to test it out for yourself! 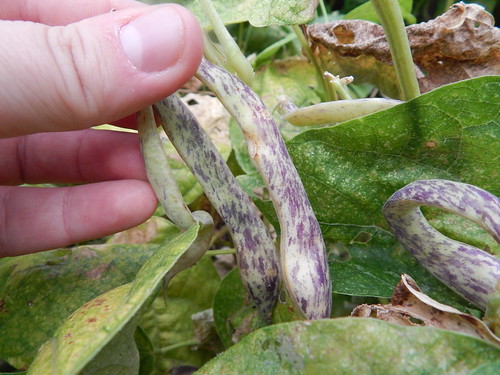 This heirloom bean doesn’t really fit into any category. It is typically pale green to yellow with purple streaks when ready to harvest. You can also let it to until you harvest it for the bean seeds. While an interesting novelty, the yield was poor at best. 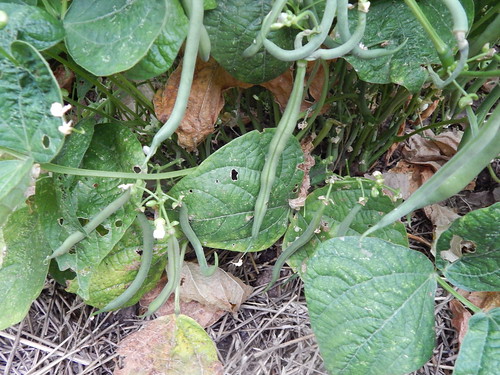 This is a more recent variety that boasts straighter pods and dark green color. It’s a little hard to tell, but the beans definitely were a darker green than the ‘Contender’ beans and had much better shape. This variety is also longer to maturity, making it a good option to extend the producing season a bit. So, from all those standpoints it seemed to live up to its billing. Since we weren’t specifically weighing the yields, it is a bit difficult to compare the yields with ‘Contender.’ I think it seemed a bit less, but it’s hard to say for sure. The Master Gardeners who were working with these beans all summer were very definite that ‘Contender’ was the most productive. Still, if pod straightness and color are important to you, this would be a good choice. 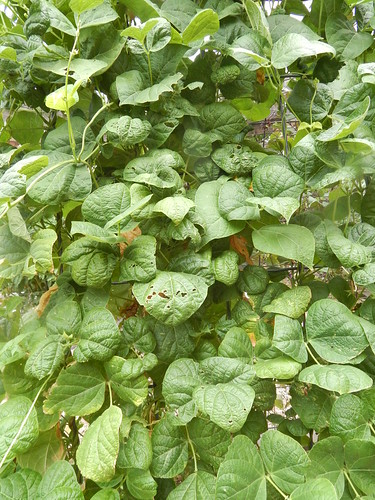 As per our expectation, the pole beans grew well, but produced next to nothing. We got a few beans from the ‘Carminat’ but the ‘Blue Lake’ plants were just starting to bloom when the spider mites arrived. We pulled everything down and replanted to see if the fall season is any better for the pole beans.

Varieties that have been planted for the fall include: ‘Provider,’ ‘Masai,’ ‘Romano Gold,’ ‘Amethyst,’ and ‘Carson.’ We also replanted the pole beans.

Posted on August 6, 2015, in Around the Garden, Plant & Garden Reviews and tagged beans, harvest. Bookmark the permalink. Leave a comment.