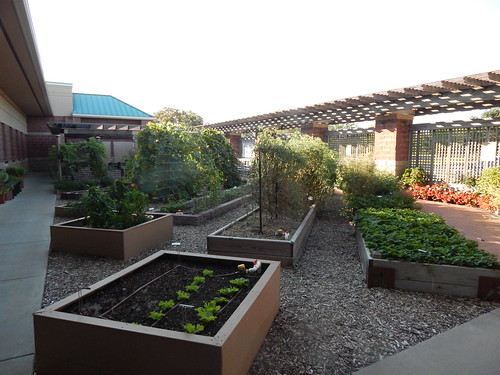 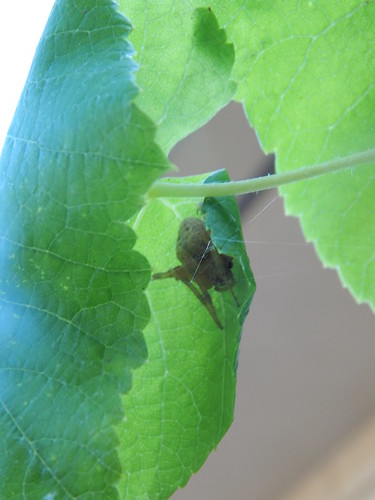 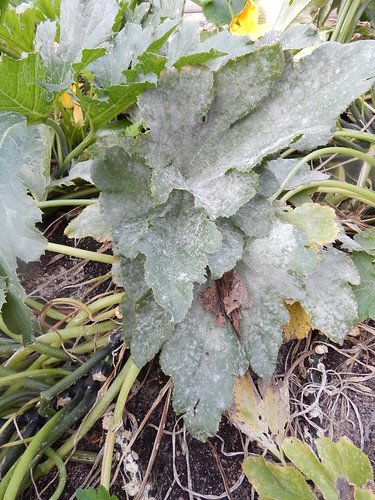 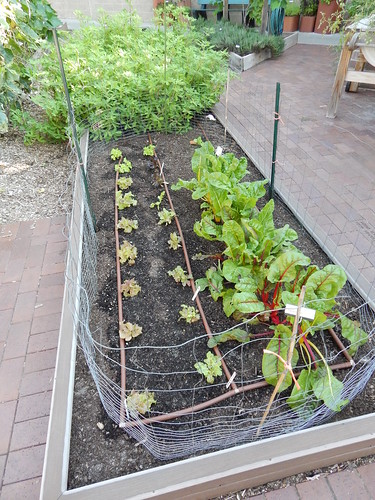 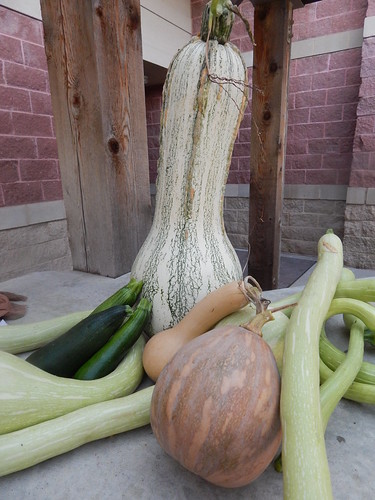 It is kind of crazy how many spiders we have out in the garden right now. They all look happy and well fed, so I guess we have plenty of insects for them to eat!

It is rather challenging to walk through the garden without getting covered in spider webs, especially between the grape vines and the cherry tomatoes. I’ve decided to take alternate routes!

I also managed to stick my head into a spider web yesterday morning when I was bending down to see how many tomatoes our friendly squirrels had snatched from the Family of 4 garden overnight! There was even a spider in the middle of the web I stuck my head through! Yuck!

I’ve posted pictures of this lovely spider before. It has made its home in the Family of 4 Garden peppers for about 4 weeks now. It seems to be getting bigger, and the web is absolutely gorgeous!

This spider is a really pretty rusty orange color. It is also ambitious! Thursday morning it had a web strung from the eaves of the building down to the second stake in the cherry tomato row! I was hoping to get a good picture of it and the web, but it is pretty skittish and started running up to the roof every time I went out with my camera.

Here is another resident of the cherry tomato-grapevine aisle.

This rather ugly little brown spider is also taking up residence in the tomatoes. Everyone loves the tomatoes – people, squirrels, rabbits, robins, mice, and spiders!

Hmm…I’m sure there’s a spider somewhere in the Zebra Eggplant.

This guy isn’t a spider either, but he is really enjoying our African Blue Basil.

Okay. One more spider. Another garden spider has made a home in the flower bed at the main entrance to our office building.